Pennsylvania legislators are among the highest paid in the country but spend taxpayer dollars on transportation, meals, offices and other perks with little documentation.

That’s according to a year-long investigation by Spotlight PA and The Caucus, an LNP watchdog publication, found more than 200 million dollars in spending over a four-year period that is difficult to track down.

Appearing on Smart Talk to discuss details of the reports are two of the investigating journalists Brad Bumsted, Bureau chief and state government reporter and Sam Janesch, Investigative reporter, both with The Caucus.

The 17-year Cicadas are preparing to make an appearance

It’s a beautiful day in Central Pennsylvania. Not a cloud in the sky, an almost perfect 66 degree air temperature. But just below the ground’s surface, a brood of cicadas are preparing to emerge and ruin the view.
That is unless you like hoards of flying insects and don’t mind the cacophony of a trillion of them as they sing, en masse, loudly from the trees while searching for a mate.

The brood X cicada arrival is expected to happen the last two weeks of May and into early June. It is estimated there may be 1.5 million cicadas per acre materializing from the ground.

Marten Edwards, Ph.D., is an Entomologist and Professor of Biology at Muhlenberg College and he will join Smart Talk Friday to share what nature-lovers can all look forward to with their arrival.

To track cicadas in your area visit the Cicada safari website. 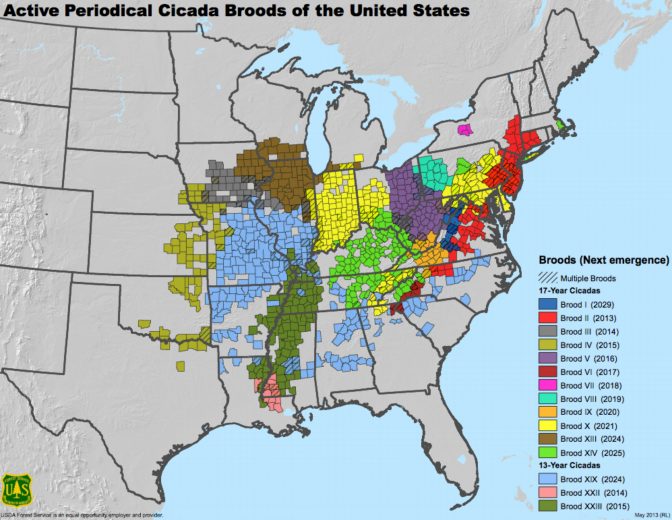