Several Pennsylvania cities and small towns made the list of the Safest Small Towns in America and Safest Cities in America in research conducted by SafeWise.com — a home security company. Using FBI crime statistics, the company ranked towns and cities based on the number of violent crimes and property crimes per 1,000 people.

Rebecca Edwards is a Security Expert, Safety and Technology Reporter for SafeWise.com and she appears on Smart Talk Wednesday to investigate the trends.

The number of murders increased by almost 30% nationwide in 2020 according to a recent report from the FBI. Meanwhile, homicides spiked in 29 major cities through September of this year, including in Philadelphia where 500 murders have been reported in 2021.

The big question is why there are more murders and what can be done about it?

More Americans travel during Thanksgiving week than any other time of the year. In fact, the Wednesday afternoon before Thanksgiving is when the most volume of travelers are on the road. According to AAA, there will be more than 53 million people traveling by vehicle, air or rail this year.

The Wednesday night before Thanksgiving is one of the biggest party nights of the year which could lead to more drivers operating vehicles while intoxicated. Also, Pennsylvania’s deer season begins on Saturday so there probably will be more hunters driving to their camps on Friday and that also could mean more deer activity on roadways too..

The Pennsylvania State Police and local law enforcement agencies are patrolling the roads to ensure motorists obey traffic laws. However, with so many laws on the books, it can be challenging for motorists to keep track of them all.

It’s that most wonderful time of year when thoughts turn to holiday gift-giving. So what better way to show friends and family that you care than by finding them an amazing book to read!

Smart Talk is hosting our annual book-as-gifts guide. Books come in all shapes and sizes, and in a vast array of genres, including non-fiction, fiction, mystery and much more. Quite frankly, there is a book genre for everyone!

On Monday’s Smart Talk, we discuss how books make great holiday gifts with our literary experts and hear their recommendations for books to read or give.

We are interested in hearing about your book suggestions, too! Tune in on Monday, send us an email or call the show to share your suggestions.

Each year, the Lancaster County Community Foundation hosts The Extraordinary Give, the nation’s largest per capita one-day online fundraiser that benefits over 500 non-profit organizations.

Every dollar donated online is “stretched” by more than $500,000 from the Lancaster County Community Foundation (LCCF), along with sponsors Rodgers & Associates, the High Foundation, and other supporters. Last year’s event broke a record by raising over 13.4 million dollars for area non-profit organizations.

Smart Talk will also host several area non-profits who will talk about their organizations and the impact of the fundraising event. COBYS Family Services Executive Director Mark Cunningham and Melanie Rankin, Adoption Coordinator will share details about their mission. Omega Horse Rescue Founder Kelly Smith and board member Dr. Nikki Scherrer, DVM, are also on the program, in addition to Stacie Reidenbaugh, President & CEO, 10,000 Friends of Pennsylvania, along with Laurie Crawford, Board Member and research project manager with Penn State REACH.

If you would like to donate visit extragive.org to choose from these and over 500 organizations. 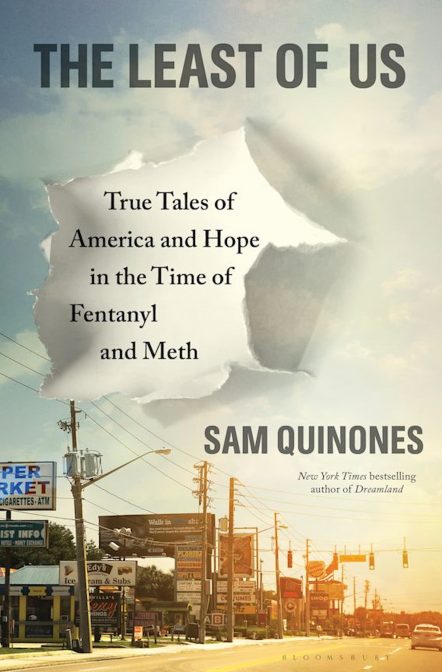 During the coronavirus pandemic, we’ve been reminded from time-to-time that thousands of people are still dying across the country from drug overdoses. Often, the deaths are attributed to and listed as part of the opioid epidemic.

Best-selling author Sam Quinones writes in his new book that we as a nation are in a new era and one that is dominated by the deadly synthetic drug fentanyl, as well as a new generation of methamphetamine — that is driving those who use it to what looks very much like mental illness.

New York Times bestselling author Sam Quinones appears on Smart Talk Thursday to offer perspective on his latest book, THE LEAST OF US: True Tales of America and Hope in the Time of Fentanyl and Meth.

The advent of the Nurse Practitioner profession in the 1960’s was intended to expand health care options for people living in underserved communities. Since then, the number of practitioners has grown exponentially, along with their influence in healthcare.

Many aspects of the labor force have changed during the past two years, as workers left jobs for new careers and some retired early to explore other opportunities.

The changes have impacted all age demographics, including older workers who make up nearly 24 percent of the labor force.

The number of workers aged 55 and older is projected to increase during this decade. What opportunities will be available to them and how will educational institutions train them for new technologies?

In 2017, a delegation of Northern Arapaho tribal members traveled from Wyoming to Carlisle, in Cumberland County, to retrieve remains of three children who died at the Carlisle Indian Industrial School in the 1880s. That emotional journey is chronicled in a new documentary Home From School: The Children of Carlisle, that will be broadcast on WITF-TV Tuesday, November 23 at 9 p.m.

The film explores the history of the Carlisle school, which was the first in the country designed to conform Native Americans into the ways and culture of White America. It included cutting the students’ hair, banning their native languages and customs and forcing them into military-style, remedial education with an emphasis on Christianity.

Pennsylvania’s Affordable Care Act (ACA) insurance marketplace is open for 2022 enrollment. The deadline to sign up is January 15.

Pennsylvania’s ACA marketplace is through the Pennsylvania Health Insurance Exchange Authority or Pennie.com.

Reportedly, insurance plans are less expensive this year and the coronavirus pandemic has resulted in a few changes for tax credits and income limits.