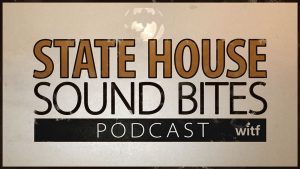 It’s crunch time for the House and Senate to get a redistricting overhaul passed in time for congressional reapportionment in 2021. But you wouldn’t be able to tell there’s a month to the deadline by spending time in the Capitol.

No less than seven (at least) bills on the subject are floating around both chambers. And though the Senate has made progress toward a compromise, the House is nowhere close.

Stephen Caruso of the PLS Reporter and Liz Navratil of the Pittsburgh Post-Gazette join us to talk about the fate of the map-drawing process.

Plus, they give the latest updates on the gubernatorial race, and a recent executive order from Governor Tom Wolf.