This week, we left our usual low-fi home in Little Amps coffee shop to record the podcast at WITF’s studio. It first appeared live on-air as an episode of Smart Talk. But never fear—if you miss the sweet sounds of latte machines in the background, they’ll be back next episode.

A lot happened over the last few days. In a marked departure from previous GOP-led proposals, the state Senate passed a revenue plan that aims to close a $2.2 billion budget gap using several controversial tax increases. Those include a severance tax on Marcellus Shale gas drilling, a range of utility taxes, and expansion of online sales tax collections.

You might be asking, where did this proposal come from? How did it pass the GOP-led Senate? What would the taxes mean for the commonwealth? Will it become law?

We address all those questions and many more, with help from PennLive’s Charles Thompson and Steve Esack of the Morning Call.

It has now been several days since an unbalanced budget became law in Pennsylvania, and state government still hasn’t been able to agree on a way to balance it. After a flurry of unsuccessful negotiations that went on night and day and through the weekend, lawmakers have now taken a break from Harrisburg for an indefinite period.

Jason Gottesman, who covers the Capitol for the PLS Reporter and City and State PA, joins us to break down the political and interpersonal dynamics at play in these budget discussions. 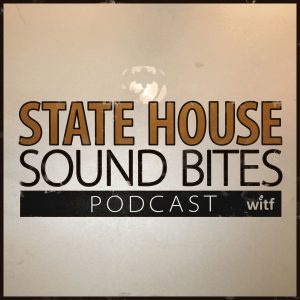 The state budget was due a week ago, and lawmakers still haven’t come to an agreement on how to pay for it. If they don’t figure something out by midnight on Monday, the unbalanced spending plan becomes law without Governor Tom Wolf’s signature.

The House and Senate GOP are driving negotiations. Both caucuses have staked out firm positions on the commonwealth’s various revenue options, and are apparently having trouble reaching common ground. Leaders have been locked in closed meetings all week, and as the chambers prepare for a weekend in session, little information is available.

The AP’s Marc Levy joins us to recap how negotiations are going. We’ll also talk about the impact this budget could have on Pennsylvania’s already-subpar credit rating, as well as why official budget projections are often misleading.